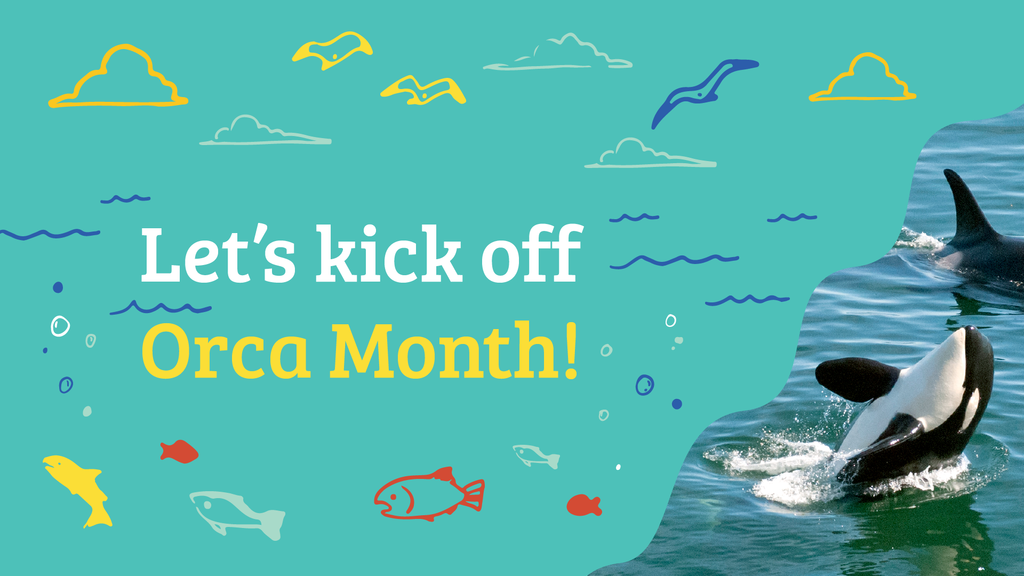 The American Cetacean Society’s Oregon Chapter kicked things off early with an Orca Awareness Day at the Hatfield Marine Science Center in Newport.

Any community group, science center, non-profit organization, or state agency hosting an event around orcas during June is urged to e-mail rein@wecprotects.org to add orca-related events to the calendar.  Events scheduled in British Columbia, Washington and Oregon to date can be found here:  https://orcamonth.wordpress.com/events/

Here are some of the Oregon highlights:

Whale and Dolphin Conservation’s Colleen Weiler will speak about what types of orcas share our coastal waters in Oregon, and how Oregonians can help save one of the most endangered whale populations in the world.

The Southern Resident orcas need salmon to survive. The new documentary “Artifishal” from Patagonia is about people, rivers, and the fight for the future of wild fish and the environment that supports them. It explores threats to wild salmon posed by fish hatcheries and fish farms, and our continued loss of faith in nature.

Beach clean-ups led by local experts at various Washington and Oregon beaches help whales by keeping marine debris out of the ocean. One such event takes place at the Otter Rock Marine Reserve, led by Whale and Dolphin Conservation.

Healthy orcas start with healthy food, and salmon need healthy habitat.  Join Whale and Dolphin Conservation, MidCoast Watersheds Council, and Oregon Parks and Recreation Department at their Beaver Creek Native Plant Nursery in caring for native plants prior to their use in restoration projects across the Oregon Central Coast.

There’s a lot we still don’t know about salmon when they’re living in the open ocean. A recent international research expedition tried to fill in some of the gaps, and came back to port with just as many new questions as answers. As a critical food source for endangered Southern Resident orcas, we need to save the salmon to save the orcas. And to save the salmon, we need to understand them. Join Whale and Dolphin Conservation and Defenders of Wildlife to learn about Pacific salmon from NOAA researcher Dr. Laurie Weitkamp.

Whale and Dolphin Conservation’s Colleen Weiler will speak about what types of orcas share our coastal waters here in Oregon, and how Oregonians can help save one of the most endangered whale populations in the world.  Watch our Ocean calendar for details when available.

Join WDC and Defenders of Wildlife for Orca Action Month and World Oceans Day 2019 at the Oregon Coast Aquarium.