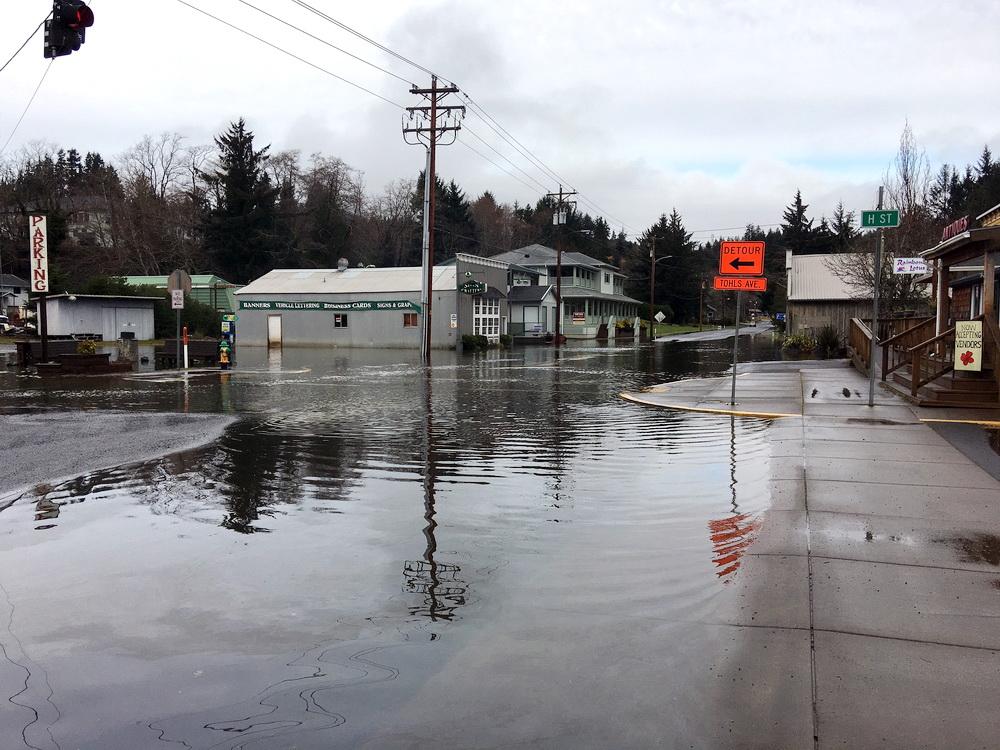 The first round of “king tides” (the highest tides of the year) is coming up beginning Nov. 25, so it is time for the King Tide Project to start up for 2019-2020.  With CoastWatch’s partners in the project, the Coastal Management Program of Oregon’s Department of Land Conservation and Development, and local co-sponsor Friends of Cape Falcon Marine Reserve, we’ll be holding a kick-off event on Friday, Nov. 15, 5-8 p.m. at the North County Recreation District headquarters (36155 9th St.) in Nehalem.  The party will feature food, photos from the past 10 years of the King Tide Project, and a talk from Francis Chan about ocean acidification and hypoxia and the impacts being felt in Oregon.  This event is free and open to all.

Dr. Chan's talk is titled "Science in a changing ocean: Ocean acidification, missing oxygen and adapting to global change."  Oregon’s coast is home to some of the ocean’s most productive ecosystems. These systems are undergoing profound changes. Oregon sits at the epicenter of the global challenges of ocean acidification and oxygen declines. In this presentation, Chan will expound on our current understanding of why these twin challenges are affecting our coasts, what the future will bring, and partnerships and opportunities for local actions to prepare Oregon for the changes ahead.

Dr. Francis Chan is an Associate Professor Senior Researcher in the Department of Integrative Biology at Oregon State University. He received his PhD in ecology from Cornell University. Dr. Chan’s research is focused on understanding the causes and consequences of low-oxygen (hypoxia) zones along the U. S. West Coast. He is also working actively to understand the progression of ocean acidification in coastal waters and their implications for productive coastal oceans. He is a co-principal investigator in the Partnership for Interdisciplinary Studies of Coastal Oceans (PISCO), based at Oregon State University, where he works to build long-term understanding of ocean ecosystem changes through nearshore ocean acidification and hypoxia monitoring efforts.

Through the King Tide Project, volunteer photographers document the highest reach of the year’s highest tides, by way of exposing current vulnerability to flooding and erosion and, more important, providing a preview of what could become the “new normal” with sea level rise due to climate change.